Downeast Maine stretches generally from the communities just west of Acadia National Park eastward toward the Canadian border.  The term "Downeast" may sound strange since this is as far north you can travel UP the coast of the United States.  However, in nautical terms, during the warmer months most suitable for sailing, the prevailing winds in this area blow from the southwest, meaning ships sail downwind to go east.  So, this region was always described by folks in Boston and other large cities to the south as being "Downeast".

As you can see from the map, this region is made up of many peninsulas and islands. This geographic feature is what makes the oceanfront properties so plentiful and scenic, with a multitude of bays and harbors.

The communities furthest to the west include Blue Hill, Surry, Brookline and Castine.  The largest city in the area, close to the coast, is Ellsworth which acts as the service city for the entire area.  Here you will find grocery stores, banks, big box stores, restaurants, car dealerships, medical facilities, etc.  Ellsworth is also the gateway to Mount Desert Island, or MDI.  MDI is the principal location for the well-known and very popular Acadia National Park.

Ellsworth and the areas around Acadia National Park and Bar Harbor see the most summer tourism.  Those who really enjoy the beauty and scenery of the coast will want to continue further "downeast".  As one heads east, you will encounter the beautiful villages of Sullivan and Hancock. With their proximity to MDI, the coastal properties here often have exquisite views of the hills and mountains on MDI, such as the highest peak on the east coast - Cadillac Mountain.

Continuing further downeast, you will encounter the gorgeous community of Sorrento, followed by Schoodic Peninsula. Schoodic is home to 2,200 additional acres of Acadia National Park, called Schoodic Point. But in addition to the park, you will find numerous quintessential villages such as Winter Harbor, Corea and Gouldsboro.

Coastal Highway 1 will continue to take you eastward to the towns of Steuben, Milbridge, Harrington, Addison and Jonesport.  This is the gateway to the Bold Coast region, which stretches all the way to Lubec on the border with Canada.

Where is Downeast Maine? Click here for a larger map and description of the region. 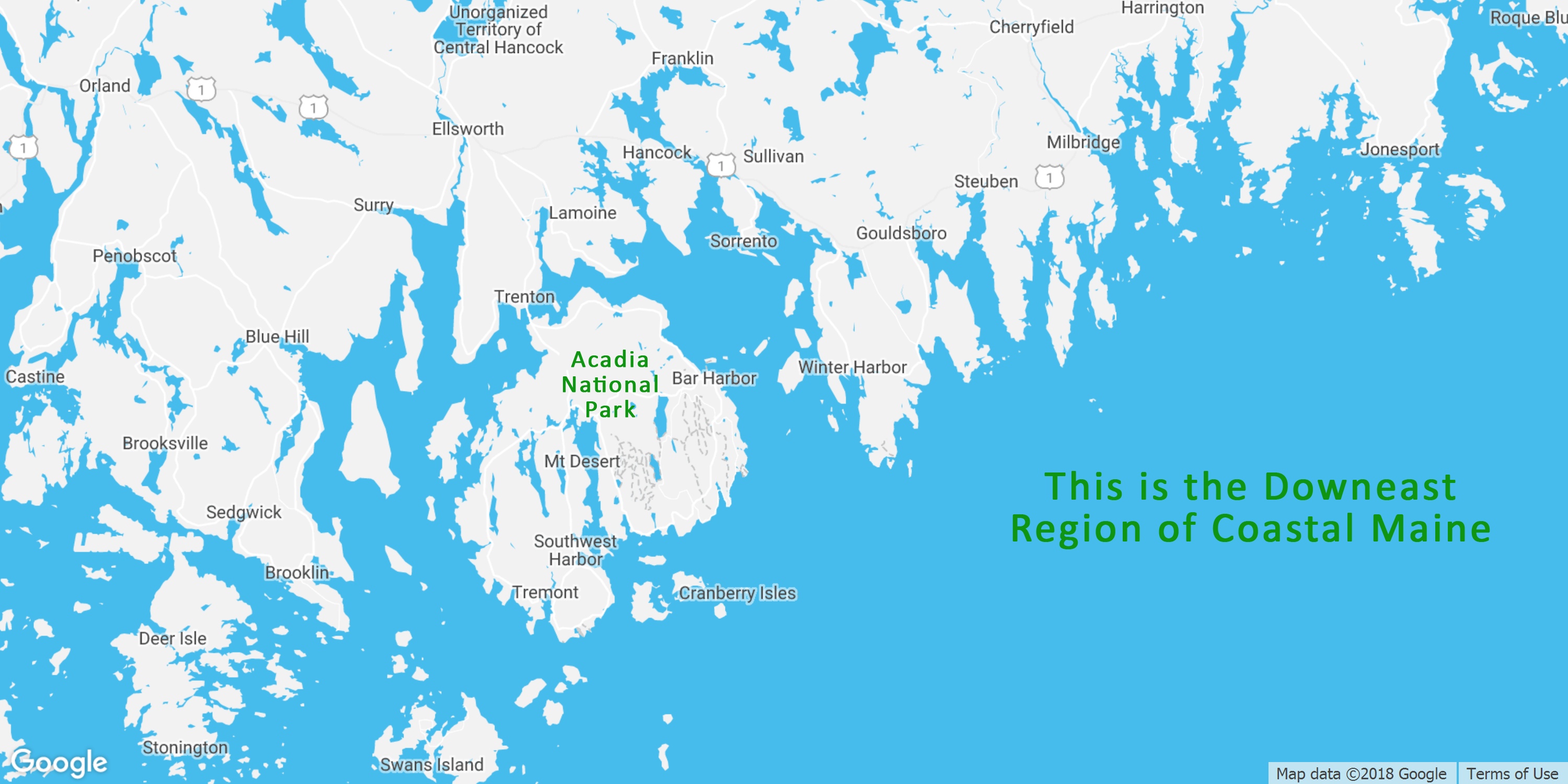